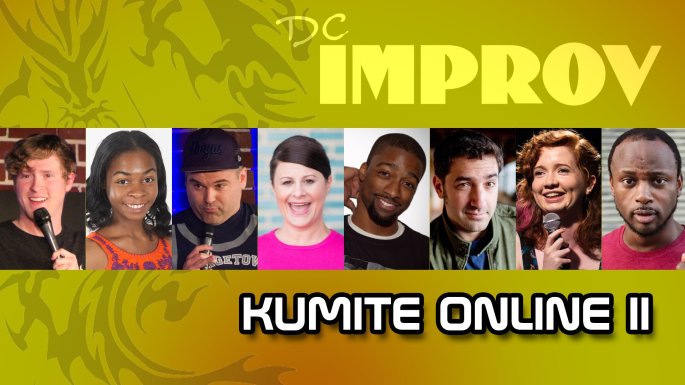 On Saturday, May 23rd, you can watch me continue my horrendous record in comedy death fighting against some of the funniest comics in the city. What will happen when EVERYONE has home field advantage?? Find out when Comedy Kumite Online II EXPLODES onto your screen!

I’m back headlining one of my favorite rooms this Sunday. The Cellar Door in Frederick, MD. That room is a buffet for my ego. Come watch me gorge. 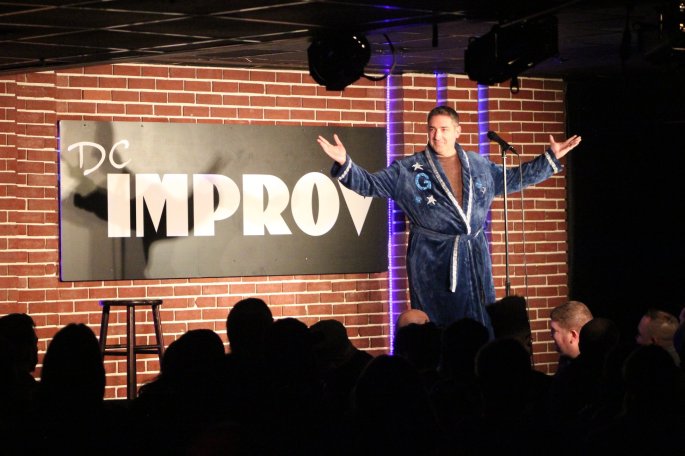 Had a great time working with the Hardcore Legend, Mick Foley at the DC Improv last night. Enjoy these pictures of me in my spangly glory. 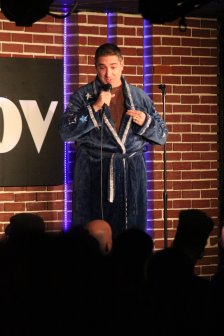 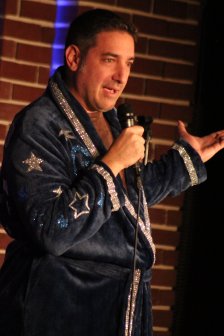 On September 5th, myself and Robert Mac will transcend the audio comedy realm to record half-hour comedy specials for a soon-to-be-launched video streaming network! You can be there too! Click the pic for tick…ets.

I’ll be headlining one of my favorite rooms on June 9th! Come laugh at me. 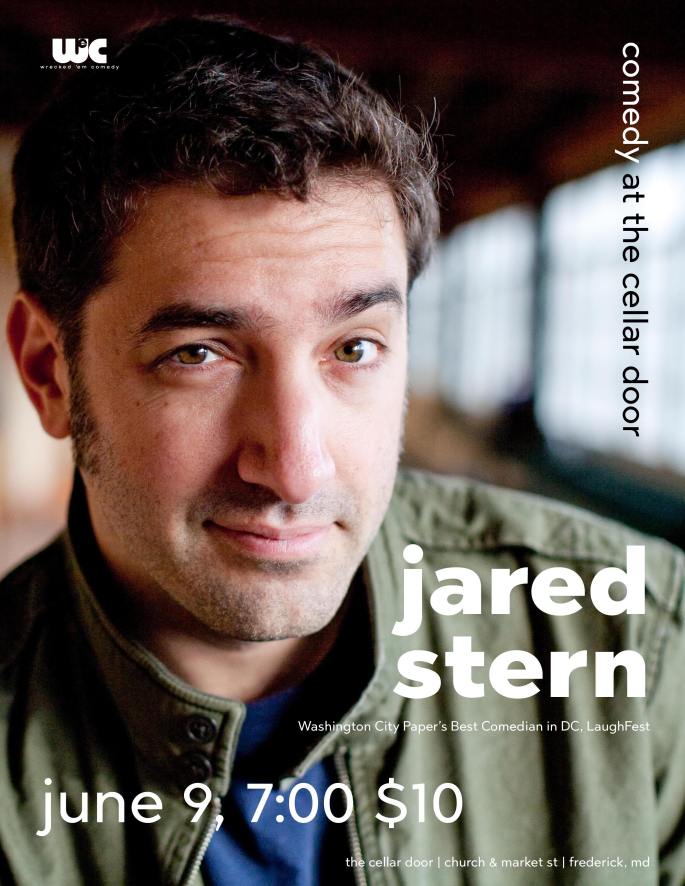 It’s here! The double album with Robert Mac is now available to consume digitally. We didn’t pick the name… or want it to be a double album, but that just means you get twice the comedy for the money!

Stuff me in your ear holes.

As of right now, it’s going to be a double album with comedy buddy Robert Mac. Wasn’t our initial intention, and it may be eventually split, but for now here’s what we’ve got. Stay tuned.

Check out my recently rearranged corner of the internet! This is your one-stop repository of all things Jared Stern, recently referred to by a British radio host who had no idea who he was talking to as, “One of America’s leading comedians”. Plan your life around my upcoming shows, follow me on social media, or enjoy a video clip of my comedy stylings. Click away!

Hey gang… Sorry for turning February into neglect-you-ary. I’ve been focusing my energies on gainful employment. Also, the last post about Susan Sarandon’s boobs is perhaps the most read installment of the blog to date, so I wanted to let it rack (I swear, no pun intended) up as many nose-prints on the screen as I could. Seriously, the count is up to 91, which is nothing to brag about, I know, but considering the bulk of my posts get a baker’s dozen eyeballs on it, that’s pretty significant. Even if half of the views were from Russian spam-bots, that’s still a ton. Does this mean I turn this into a fashion blog? My self-important blather doesn’t move the needle, but defending the cleavage of Hollywood royalty is just the kind of blather people seem to be clamoring for.

Before I consider a major overhaul, allow me to toot the horn on the Mild Amusement Express one more time. If you look to your immediate right, you’ll see a giant pink button (if you don’t see it, follow the link below). If you click on that button, you can then cast a vote for me, @FunnyJared, as Best Twitter Personality in the Washington City Paper’s Best of DC 2016 Reader’s Poll. I was runner-up in 2015, and I’d really like to add another winner’s widget to my wall to go along with Best Comedian from 2013. If you need some proof of my Twitteracy, here are some recent examples…

Who gets to give the dissenting eulogy? #Scalia

John Travolta is rolling over in his auditing chamber right now. #GreaseLive

Not to sound like Jeb Bush, but please vote. Polls close 3/1 at midnight, at which point I will stop bugging you about it.

Be back soon with Oscar Red Carpet coverage, I guess…