Hey there, ‘Redheads… It’s damn near midnight on Friday, so the streak remains unbroken. I just got home from a a fun night out with some pals, dismembering, dipping, and devouring crustaceans over at Hot n’ Juicy Crawfish over in Woodley Park. If that sounds familiar, it’s because the Las Vegas location was featured on Man vs. Food. It was primally delicious. There’s nothing quite like taking apart an animal with your bare hands, then slurping it down your gullet, leaving behind nothing but a pile of empty husks.

We went through about six bags of mollusks, ranging from crawfish, to crab legs, to shrimp. And those that were not eaten, were made to dance for our amusement. 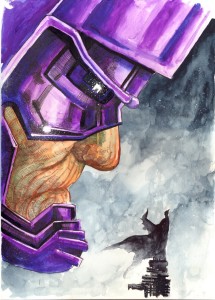 Before I sign off, here’s my pick for the Super Bowl. I take the cheese to stand alone. And for the Puppy Bowl, take the under.

Fun shows coming up on Friday in the Lou Room at @zissimosbar !
Had a great weekend exploring my benign narcissism with Adam Conover!
This was wild... draw four.
Fun with the @midjourney.art AI